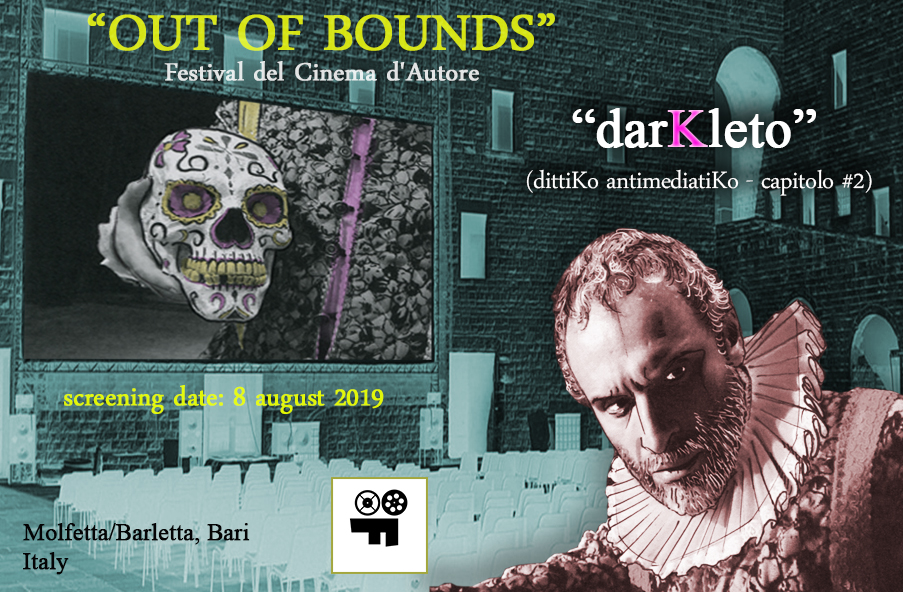 Out of Bounds is an independent event, in Apulia, southern Italy.

In the 1945 the U.S. army landed in the south of Italy for the “liberation” campaign and suddenly went through Molfetta, our base town. During their stay the allies marked down few street quarters as “OUT OF BOUNDS” because of the “social dangerousness” of the people who lived there. In the first two editions, 2013 and 2014, our festival was held in two squares, Piazza San Michele and Piazza delle Erbe, near the areas still considered by many as “out of bounds”, in Molfetta.
The choice of an open air cinema event in these squares is related to our social vocation, aimed at encouraging the use and and enjoyment of a certain ‘quality cinema’. Next editions were held in the cloister of San Domenico church, in the harbor area of the town. During Out of Bounds events, about one to three thousand visitors enjoy it each year. The last fifth edition of the “Out of Bounds film festival” 2018 took place in the ancient castle arena of Barletta, an evocative and historic location that boasts a thirty year summer film festival tradition. The Out of Bounds 2019 edition will take place in that very same place. The open-air cinema “Out Of Bounds” event is run by filmmakers and focuses on empowering the very best indipendent artists and encouraging all aspects of independent film making. We’re after the unconventional, the unusual, the underground, the intuitive, the innovative and the true. Furthermore, a new sci-fi section has been inaugurated this year. Selections of sci-fi films will be decided in collaboration with “Sci-fi Pop Culture” , the most-followed Facebook science fiction page in Italy.